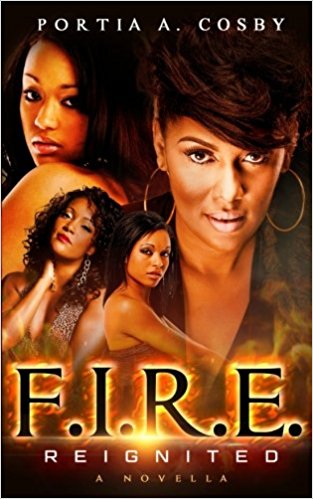 Paperback Description:
IF YOU CAN’T STAND THE HEAT, STAY THE HELL OFF THE STAGE. Twenty years ago, four high school students came together to form what became one of the most successful R&B girl groups of their time. F.I.R.E. was as hot as their name, known for their natural sex appeal and sometimes risqué music. The bad girl, the golden child, the chubby, lovable one, and the pretty tomboy grew up in front of the world; and as they navigated the road to fame, they lost themselves amid the limelight. Inflated egos, creative differences, personality conflicts, and addiction created discord among the ladies; but lead singer Shai’s decision to go solo ultimately ended the group’s eleven-year run. Though Shai never missed a beat, Paris, KiKi, and Reign were left to remix their careers. Now in their mid-thirties, an unexpected and widely publicized reunion brings the ladies of F.I.R.E. to the table to consider making one last album together. With animosity and damaging secrets still looming over them, will they be able to move forward without clearing the air or will they each spill the tea they brought along with them?

More books like F.I.R.E. Reignited may be found by selecting the categories below: