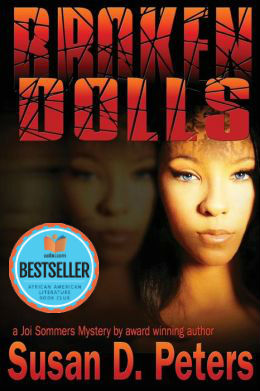 Joi Sommers earned her detective’s shield the hard way —on the streets of Chicago’s Westside. Having earned a reputation for tackling grisly cases that typically weed female cops off homicide, Joi transfers to the city’s south suburbs-envisioning a calmer life. That notion halts abruptly when she receives a predawn call to speed to the home of a wealthy church Elder found murdered in the den of his stylish home. Detective Sommers and her partner Russell investigate what initially appears to be a random homicide, presumably committed during the act of robbery. However, the gruesome nature of the killing and closer scrutiny of the evidence signals that the motive for this murder was much more personal..

The question is, who would want this pillar of the community dead, and why?

More books like Broken Dolls may be found by selecting the categories below: