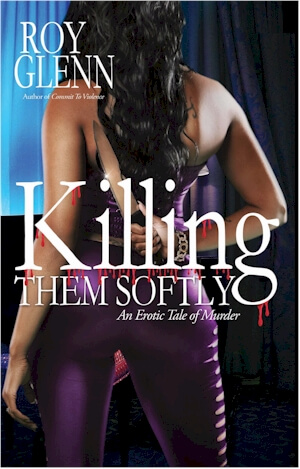 Killing Them Softly
by Roy Glenn

Book Description:
After his wife loses her baby and slips into a deep depression, Devin James realizes that nights that were once filled with great sexual experiences shared by two people who were desperately in love with each other, were now a distant memory. During a trip to Puerto Rico with Taye, Devin meets Avonte Petrocelli. She s a married woman with issues of her own. Her rich husband has a new blonde mistress and wants a divorce. It doesn t take long before the two begin a very steamy affair. Devin and Avonte become sexually involved with Qianna Patterson; a very beautiful, but unstable woman, fresh out of prison with a history of violence. When Taye makes Devin s life a living hell, they plan to murder her for the insurance money. Once the deadly deed is done, their real intentions come to the forefront, and the drama and murders begin.

More books like Killing Them Softly may be found by selecting the categories below: