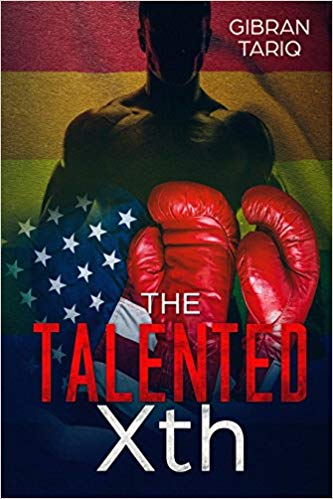 The Talented Xth
by Gibran Tariq

Available, for a limited time, as free Kindle eBook!

The Talented Xth is a coming of age story about a young boy whose life is turned upside down by a beautiful, dominating mother, and a terrifying secret. Growing up, he has to fight the “growing pains” of knowing he is “different,” and in an early effort to combat these feelings, and after he nearly kills a young, female playmate who refused to let him play “Mommy” in the childhood game of playing house, he turns to boxing as a way to “enhance” his masculinity.

The violence of boxing, for a short time, soothes the “feminine” beast that is rising up within him, but his prowess in the ring brings him to the attention of The Talented Xth, a secret organization of powerful gay men who groom him for the ultimate prize in sports: The Heavyweight Championship of the World!

The Talented Xth’s sinister plans includes taking control of the US government and the due date for the takeover will be set into motion on the night when their client wins the heavyweight championship and stuns the world by renouncing the title and by announcing that he is gay!

Read the fascinating background behind this book.

More books like The Talented Xth may be found by selecting the categories below: