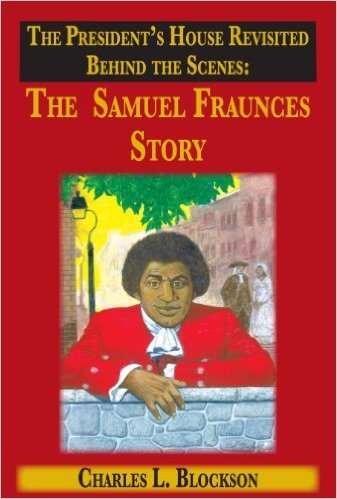 The President&rdsquos House Revisited Behind the Scenes: The Samuel Fraunces Story
by Charles L. Blockson

He was not one of the signers of the Declaration of Independence or authors of the Constitution, but Samuel Fraunces probably spent more time with George Washington than any of the Founding Fathers.

The Liberty Bell, like the inscription it symbolized, has weathered many assaults but ”Black Sam“ had been forgotten in Philadelphia except for the Pennsylvania State Marker honoring his former tavern at 310 S. Second Street in Old City, Downtown Philadelphia, PA. After a yearlong controversy over the former site of the President’s residence that was demolished in 1830, the National Park Service in 2003 dedicated a 12.6 million-dollar pavilion on Independence Mall as the final home for the Liberty Bell. It was located a few yards from the former executive mansion where Washington housed his enslaved African and where ”Black Samuel Fraunces’ served as steward of the President’s House. Upon receiving intense publicity and criticism in the media, the National Park Service planned to memorialize Washington’s enslaved servants, however, Samuel Fraunces’ role as a steward has not been recognized. It may come as a surprise to many Americans who, today, lunch at Fraunces Tavern in New York City, to realize that they are paying tribute to a man of African descent whose Tavern is one of the oldest and most cherished landmarks in the nation. Samuel Fraunces owned the tavern for twenty-three years. Circa 1722, Fraunces was born in Jamaica of African and European extraction. Because of the controversy over his racial identity, historians and other writers continue to deny Fraunces his proper place in American history as a person of African descent. This is a behind the scenes look at the President’s House and Samuel ”Black Sam“ Fraunces.