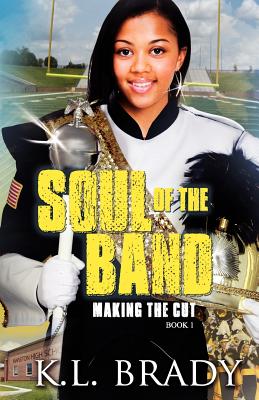 Book Description:
Reviewer’s Choice (August 2012), Midwest Book Review Children’s Bookwatch - "Soul of the Band a strongly recommended pick for young readers, highly recommended." Music-loving 16-year-old Brandy Jackson has had it up to here with "they"—the annoying voices inside her mother’s head. She isolates herself from the dreaded schizophrenic episodes with Beethoven and her iPod. Her long-suppressed desire to learn music is squelched by the burden of mental illness, at least until she arrives home from school to find her belongings on the DC streets and her mother vanished. Fortunately, Aunt Charlie comes to her rescue and moves her to Mapleton, Ohio, where she begins a new life free of her troubled past—or so she thinks. Brandy’s plans to fly under the radar at school in order to conceal her family’s shame are quashed when Jenny Lee, her new next-door neighbor and a flutist, recognizes Brandy’s musical obsession and urges her to join the all-white high school marching band. Brandy obliges and soon realizes she’s traded her old troubles for new ones. Now, she stands out like a chocolate chip floating in a sea of milk; she has less than three months to learn to play her dreaded tuba-—her only ticket to earn a spot on the band; and a near kiss with the Queen B’s boyfriend lands her in triple trouble with the popular chick clique. But when another band member’s failed plot to get rid of his nemesis unexpectedly leaves Brandy in contention for the band’s most coveted position, the ensuing drama will give her the strength rise above her circumstances—or leave her paralyzed in the shame of her past.

More books like Soul of the Band: Making the Cut: Book 1 may be found by selecting the categories below:

Tell us what do you think about Soul of the Band: Making the Cut: Book 1.