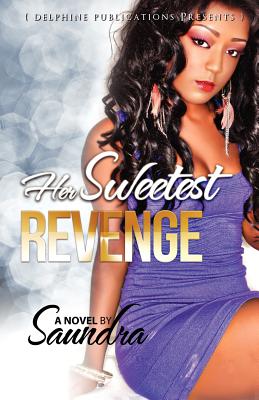 Her Sweetest Revenge
by Saundra

Book Description:
Mya Bedford is a seventeen year old daddys girl from the Brewster Douglas Project in Detroit. When her father is sent to prison, and her mother suddenly develops a drug habit, making it her number one priority; it is up to Mya to raise her younger brother and sister. Alone and aware of the grimy hustle of the streets; Mya hopes to find another path for survival. But when the leader of the a notorious gang severely beats her mother for stealing money from him, Mya vows revenge on his crew by robbing them at gunpoint and hiding her identity behind a mask. Mya successfully pulls off her first robbery against one of them but then she meets and falls in love with the the very person who is attached to her enemy and is now determined to keep her secret a secret. However when Mya s secret starts to unravel and death knocks at her door, things go horribly wrong. Mya learns that hurt and happiness are one in the same but you have to have blood on your hand first.

More books like Her Sweetest Revenge may be found by selecting the categories below: