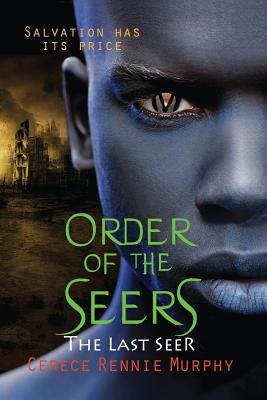 Order of the Seers: The Last Seer
by Cerece Rennie Murphy

Book Description:
The Seers face their greatest challenge in the final chapter of the Order of the Seers trilogy… When the fall of one nemesis unleashes an even greater danger into the world, Lilli, Joel and the Lost Seers must stand against a new enemy with the means and the will to destroy all of mankind, starting with those they hold most dear. As the Seers mobilize to confront this new evil, the Guild tries desperately to uphold the crumbling world order on which it depends. When their attempts to manage the crisis fail, the members of the Guild are forced to place themselves at the mercy of an unlikely ally. But the Guild isn’t the only one interested in maintaining control. An agreement made in secret threatens to destroy any hope of a peaceful alliance before it can be made and as the betrayals unfold, no one is safe against a power that will stop at nothing to get what it wants. To defeat this threat and ensure the survival of the human race, the Seers must push the boundaries of their abilities beyond any limits they have known and risk crossing the line between life and death. How far would you go to protect what matters most?

More books like Order of the Seers: The Last Seer may be found by selecting the categories below: