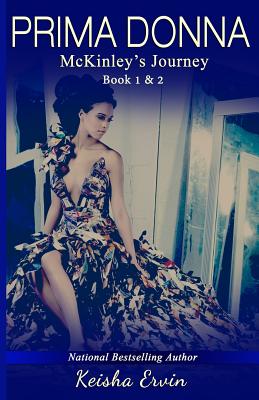 Paperback Description:
Looks can be deceiving, and love can cover a multitude of sins. On the outside, McKinley appears to have it all - a fly crib, a closet full of clothes, money to blow and a man who is every woman’s wet dream. However, lonely nights and broken promises are her realities. The only thing, McKinley wants more than the air she breathes, is Jamil. But Jamil’s harboring a secret that’s destined to destroy everything and push McKinley into another man’s arms. In this extended version of "Prima Donna," National Best-Selling Author Keisha Ervin puts a twist on love and independence and engulfs readers into McKinley’s pilgrimage of adulthood in this highly anticipated sequel to her hit novel, "Finding Forever."

More books like Prima Donna Book 1 & 2 McKinley’s Journey may be found by selecting the categories below: