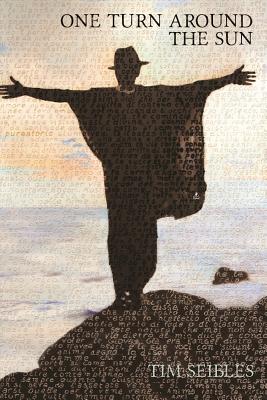 One Turn Around the Sun
by Tim Seibles

Paperback Description:
One Turn Around the Sun is a panorama of poems that attempts to define the first appearances of life’s twilight. The book also studies the intricacies of being a self: a particular personality shaped by forces seen and unseen, both knowable and not. At times, the various voices might be considered characters that agree and sustain one perspective. In other cases, contending sensibilities imply an underlying argument. This is especially true of the book within the book, which is entitled "The Hilt." Several questions drive this collection, the most central being "how can a person stay sane when so often socio-political circumstances mock all efforts to create a livable world?" This title’s intention is to bolster an ongoing engagement with life at a time when running away is a great temptation.Tim Seibles’ book of poems, Fast Animal (Etruscan Press, 2011), was a finalist for the 2012 National Book Award, received the triennial Theodore Roethke Memorial Poetry Prize, and the PEN Oakland Josephine Miles Award. Seibles has received fellowships from both the Provincetown Fine Arts Center and The National Endowment for the Arts. He also won the Open Voice Award from the 63rd Street Y in New York City. His work appears in numerous literary journals including Indiana Review, Black Renaissance Noire, Huizache, Cortland Review, and Ploughshares. His poem, "Allison Wolff," was anthologized in Best American Poetry 2010.

More books like One Turn Around the Sun may be found by selecting the categories below: