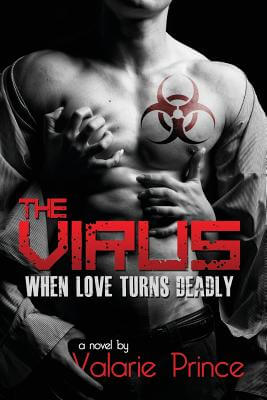 The Virus: When Love Turns Deadly
by Prince Valarie

After decades of living under the radar, Nina Brody decides to take life by the throat and choke the hell out of it. She has a fantastic career, a best friend who never falters in that role and that means she’s only missing one thing-a quality man to love. After a horrific encounter crushes her hopes, Nina bravely accepts a friend request from a man who could possibly be the answer to her quiet prayers…or maybe not.

Deon Parker has an uncanny knack for attracting women who are stuck on stupid and glued to dumb. He never imagined finding the right woman could be so riddled with chaos. Deon is not looking for just any woman. He’s looking for his woman-an intelligent woman who is comfortable in her skin and in his bed. So after a run-in with a deranged ex-girlfriend, Deon takes a step back and decides to start over. When he connects with a woman online, Deon wonders if his search for his woman is finally over or if he has just opened the door to the most deadly threat to his heart and his secrets.

As their relationship evolves into something more than just friends, secrets from Deon’s past drives Nina to the edge of her sanity. Armed with a healthy dose of rage and formidable determination, she takes Deon on at his own game and proves that she is more than his equal-she might be his worst nightmare.

When a man is a virus who infects women with false hopes and the promise of love, the cure is often forged in revenge.

More books like The Virus: When Love Turns Deadly may be found by selecting the categories below: