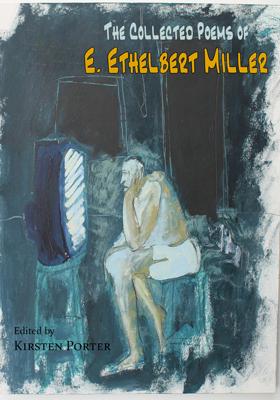 “The volume itself and the poems chosen for its publication this year both reflect and enact that generosity in that Porter was given full license not only to write the introduction but also to choose the poems between its covers. Thus The Collected Poems begins and ends with poems that have never been seen publicly before: the first series, taken from Miller’s tenure as a student at Howard University and the last, written in the current racial climate, where another Howard alumnus, Ta-Nehisi Coates, has published a bestselling book that has made talk of reparations for slavery and a wholesale re-founding of the republic part of the national conversation.”—Albert Kapikian, Potomac Review

Poetry collection by E. Ethelbert Miller, writer and literary activist. The editor of Poet Lore, Miller served as Director of the African American Resource Center at Howard University. Awarded an honorary Doctor of Literature from Emory and Henry College, Miller has taught at UNLV, American University, George Mason University, and Emory and Henry College. A two-time Fulbright Senior Specialist Program Fellow and the founder of the Humanities Council of Washington, D.C., Miller has authored several collections of poetry and two memoirs. He is the host and producer of The Scholars, which airs on UDC-TV. A 2015 Washington, D.C. Hall of Fame Inductee, Miller is also a regular on National Public Radio.

The Things in Black Men’s Closets

Books similiar to The Collected Poems of E. Ethelbert Miller may be found in the categories below: