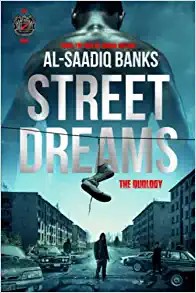 18 year old, Darryl Lowe is determined to make it out of the hood. A talented prize-fighter, he sees boxing as his way over the walls that separate the ghetto from the American Dream. Boxing is his future, but Darryl needs a means of survival for today.

Until his boxing career takes off, Darryl follows his childhood friend into the street life. Unlike his friend, who sees the fame of the game as the epitome of success, Darryl has a different end game in mind. However, he becomes blinded by the illusion of the streets and reeled in by the allure of them, leading him to constantly chase the rush that comes with the lifestyle. To him, the spectators on the sidelines - some cheering for him, others booing against him - are all the same. All that matters to him is they’re screaming his name. The highs, the lows…the pain, the heartache, and the murder and treachery are all normalized until it becomes a distraction.

Slowly, the goals Darryl once had, begin to fade away until they seem impossible to reach. When the fast life becomes too much, Darryl is forced to choose between the two loves of his life. Will he make the right decision, or will his Street Dreams turn into Nightmares.