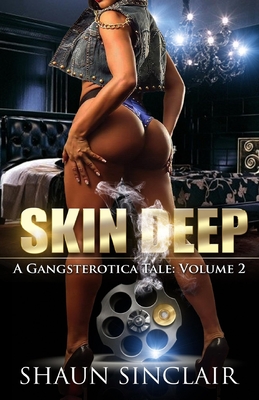 In Skin Deep, twin brothers Menelik and Haile terrorized the streets of New Jerseywith a vicious extortion campaign. Supermodel Makeda Barnes was with them everystep of the way, riding shotgun with her man, Menelik.In this thrilling sequel, Menelik and Makeda find themselves imprisoned afterMenelik guns down a rival in broad daylight. While the couple battle for theirfreedom, Haile - still on the run for murdering a cop - expands his brand of violenceto Atlanta. He teams up with a band of ruthless African immigrants and form asavage extortion gang. Aligned with a native narcotics distribution organization, theywreak havoc on the streetpreneurs of the Atl. All is well until Haile runs into a blastfrom his past that brings a deep-rooted seed of betrayal.After gaining her freedom, Makeda relocates to Atlanta to resume her modelingcareer. She reconnects with a friend from prison, a gorgeous exotic dancer withconnections throughout the city. The two women hustle their way into the camp ofthe men that run the city. There, Makeda finds a familiar face that helps her regainher footing in the industry. Before long, she is poised to regain her crown as thequeen of the modeling world, but there is a dark force of hovering over her, watchingher every move, waiting for the perfect opportunity to take her out for good

More books like Skin Deep 2: A Gangsterotica Tale may be found by selecting the categories below: