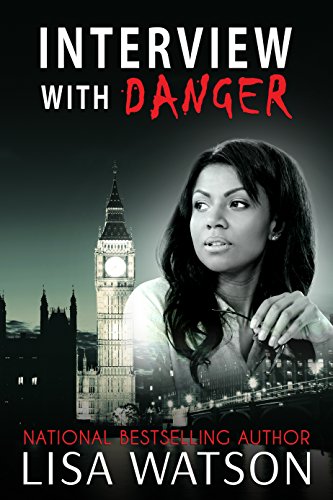 Interview with Danger
by Lisa Watson

Book Description:
When Sasha Lambert’s debut novel, The Passport Diaries, hits the bookstores it quickly becomes a bestseller. Her ex-boyfriend, and Greek tycoon, Milo Georgopoulos, believes one of the characters in the book sheds a not-so-positive light on his own extracurricular activities. He gives Sasha an ultimatum: Ditch the book or else. Retired football player, Pierce Deveraux thinks he too has been placed between the pages of The Passport Diaries. Determined to make Sasha pay for putting a ding in his knight-in-shining-armor image, Pierce contemplates how best to even the score. Suddenly strange things start happening wherever Sasha goes. Even her twin sister, Dr. Sienna Lambert-Deveraux worries for her safety. With an adoring assistant, an ambitious publicist, and jealous ex-lover vying for her attention, Sasha soon finds herself at the center of dangerous tug-of-war.