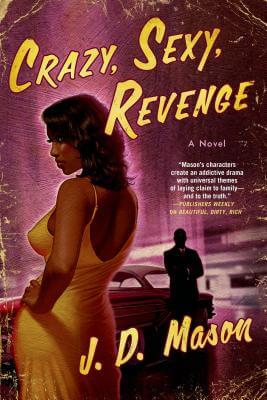 Paperback Description:
Jordan Gatewood’s life is falling apart. Murder, sex, betrayal, suicide?the women in his world are paying him back for all the terrible things he’s done, and they’re bringing on the drama in spades. And now with Desi Green bringing Jordan to the attention of the detective investigating his lover’s murder, his tenuous grip on control threatens to unravel completely.
Desi refuses to let anyone back her into a corner. For years, people have tried to set her back and destroy her, but now, she’s ready to take it to anyone who wants to put her down, including Jordan Gatewood. And when a message comes for her in the form of a brutal attack, Desi will have to fight with everything she has before she gets her revenge…in Crazy, Sexy, Revenge by J.D. Mason.

More books like Crazy, Sexy, Revenge: A Novel may be found by selecting the categories below: