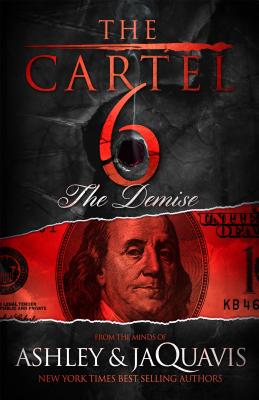 The Cartel 6: The Demise
by Ashley Antoinette and JaQuavis Coleman

The Cartel series is back…and more deadly than ever.Las Vegas. A city built on obscene wealth and corrupt deals, cunning entrepreneurs, and the ruthless mob. TheCartel’s plan to open a casino will rake in cash, but comes with great sacrifice. The stakes have never been this high, and rules of the game have never been this hard to manipulate. And when one dead girl, one scorned wife, and one hole in the desert launch a chain of catastrophic events, The Cartel is sent on a downward spiral as they battle the Arabian mob and fight traitors within their circle. Will the Cartel prevail…or fall victim to the city’s black cloud? And if there’s one rule in the town of Vegas, it’s that when the dust settles, there can only be one winner, in The Carte 6: The Demise, by New York Times bestselling authors Ashley & JaQuavis.

More books like The Cartel 6: The Demise may be found by selecting the categories below: