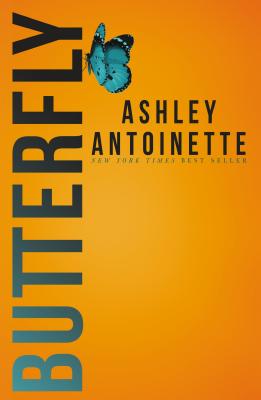 Butterfly is the first novel in an all new series by New York Times bestselling author Ashley Antoinette and an instant USA Today bestseller!

“Run away from the boy that gives you butterflies, he's going to break your heart.”

Morgan Atkins had been told that phrase ever since she was a little girl and still she allowed herself to fall for the boy that made her heart flutter. After losing her first love, Morgan is terrified to love again. She's settled for a comfortable life with a respectable man. She has everything. She's living in the lap of luxury and although she’s comfortable, she's bored out of her mind.

When a ghost from her past blows into town, she finds herself entangled in an illicit affair. It's wrong, but she can't fight the butterflies he gives her and honestly, she doesn't want to. She can't hide the natural attraction she feels and soon, she's so deep involved that she can no longer tell where the boundary between right and wrong lies. Her heart is telling her one thing, but her head is saying another. Morgan Atkins has always been a spoiled girl and she tries to have it all, but when she's forced to choose between a good man and a bad boy, someone will end up hurt. Someone just may end up dead.

Morgan Atkins has been through more tragedy than one girl can bear. Will she weather this storm? Or will the ultimate heartbreak ruin her for good?

Books similiar to Butterfly may be found in the categories below: