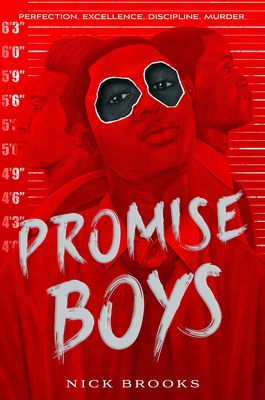 Nick Brooks’s Promise Boys is a trailblazing, blockbuster YA mystery about three teen boys of color who must investigate their principal’s murder to clear their own names—for fans of Angie Thomas, Jason Reynolds, and Karen McManus.

The Urban Promise Prep School vows to turn boys into men. As students, J.B., Ramón, and Trey are forced to follow the prestigious “program’s” strict rules. Extreme discipline, they’ve been told, is what it takes to be college bound, to avoid the fates of many men in their neighborhoods. This, the Principal Moore Method, supposedly saves lives.

But when Moore ends up murdered and the cops come sniffing around, the trio emerges as the case’s prime suspects. With all three maintaining their innocence, they must band together to track down the real killer before they are arrested. But is the true culprit hiding among them?

This exquisitely taut thriller shines a glaring light on how the system too often condemns Black and Latinx teen boys to failure before they’ve even had a chance at success.