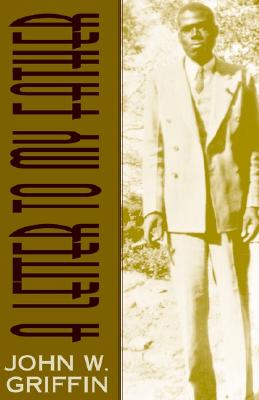 A Letter to My Father
by John W. Griffin

Read Our Review of A Letter to My Father

Book Description:
A Letter to My Father is an eye-popping personal reflection of a son who desperately needs to deeply purge himself of misconceptions about our society and our justice system. He seeks inner peace by penning a letter to his deceased father, detailing what happened after his death.

Griffin begins his memoirs by speaking directly to his dead father while visualizing his father’s strong hands holding his own as a child. This supplied a nice beginning. I could feel Griffin’s emotions of caring and needing a bond with his father. However, from here the book spiraled downhill with Griffin rattling on and on about every aspect of his childhood, including his brother James and his mother Carrie. It became difficult to understand whom the story was really about for a minute. The point of view was further distorted by the constant intrusion of too much-telling and not enough showing. The story flowed consistently in relating events in a logical manner, but I just wish Griffin had presented the action in a more imaginative way. This would have made reading A Letter to My Father more captivating and less of a labor.

A Letter to My Father is full of information on historical events and is very opinionated. I actually appreciated some of what Griffin offered in regards to understanding the teachings of the Nation of Islam and a few tidbits of African-American history and on the struggle for racial equality in the 1960’s. But, Griffin’s abuse of this usage of disseminating knowledge throughout drained the story’s momentum. In fact, there were spots in, A Letter to My Father, where I was not sure if Griffin was talking to his father or teaching history class.

The most interesting facet of A Letter to My Father is that it is a true story and Griffin’s overkill added to the realism. It was written by a man in pain . . . a man in need of getting it all out on the table . . . and a man who wanted someone to

More books like A Letter to My Father may be found by selecting the categories below: