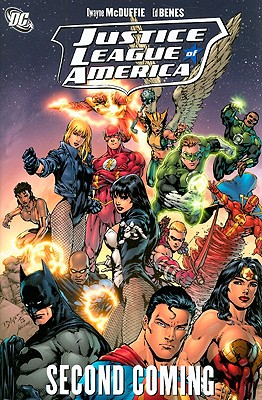 Red Tornado, the Justice League’s resident android, discovers the culprit behind his recent malfunctions and the ensuing confrontation leads to a massive battle between the JLA and one of their oldest adversaries. Meanwhile, Vixen and Animal Man struggle with their own super-abilities and challenge a deadly being who warps the histories of every JLA member. It’s DC’s heaviest hitters as you’ve never seen them before!

More books like Justice League of America: The Second Coming (JLA) may be found by selecting the categories below:

Tell us what do you think about Justice League of America: The Second Coming (JLA).