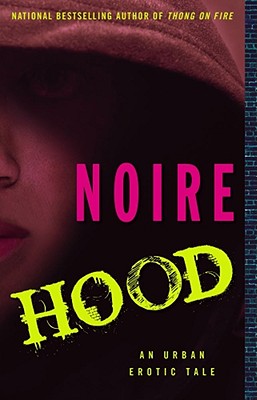 Lamont be my government, but Hood be my name. I earned my stripes chilling up in Fat Daddy’s joint, a Brownsville barbershop in the belly of Brooklyn. Some called me a street savior…others said I was just another Brownsville boy gone bad. Whatever. I brung it and I took it too. But when it was all said and done, I walked away with a lesson learned in street loyalty: ain’t no need in looking over your shoulder in this game. Because your real enemies ain’t aiming at your back. They lunging straight for your heart. Ya dig?

Lamont "Hood" Mason is a fearless nineteen-year-old gangsta who was born and raised in the projects of Brooklyn, New York. He was an abandoned child who roamed the cold city streets and fought hard for survival. The only thing constant in his young life was the safety of a Brownsville barbershop owned by a father figure called Fat Daddy.

The barbershop is where Hood comes of age, but cutting hair isn’t the only thing Fat Daddy has going on. His daughter, Egypt, is the love of Hood’s young life, and the one person whose dreams of a stable future can lead him off the grimy urban corners and out of the hustling life.

But when Fat Daddy gets caught slippin and crosses paths with Xanbar, a notoriously brutal drug kingpin, his vices threaten to bring death down on the family Hood loves. In an effort to protect his own, Hood and his best friend and hustling partner, Dreko, take to the streets on a bloody mission that doesn’t go exactly as planned. Hood returns to find his world turned upside down by a wave of sex, violence, and betrayal. No longer the starving kid on the street, he’s now a man seeking vengeance and retribution, and he might be forced to choose between bending or breaking as he picks up the shattered pieces of his life, one by one.