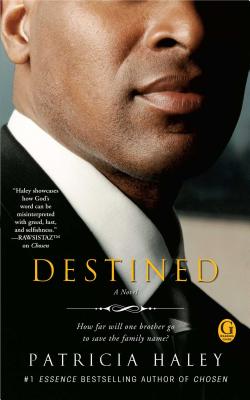 Don Mitchell thought he’d left DMI headquarters behind forever when he fled to South Africa after his dying father chose his younger, inexperienced half brother, Joel, to run the thriving family business. But after three years of self-imposed exile, he has returned to take over DMI at the gentle urging of beautiful Abigail, who was once his father’s assistant. His brother, Joel, plagued by a slew of illicit affairs and poor judgment, is plunging the business into ruin, and Don’s plans to secretly assume control of the ministry come into question when his estranged sister refuses to help him. Don must decide whether to face down his power-hungry brother to save the ministry his father worked so hard to build—and take a chance on an unrequited love he never dreamed Abigail would reciprocate—or return to South Africa to find refuge in his own thriving company and the budding romance he left behind. After much soul searching, Don comes to realize that his destiny is inescapable. Patricia Haley’s evocative modern-day interpretation of these popular biblical tales will keep readers riveted until the stunning conclusion.

More books like Destined may be found by selecting the categories below: