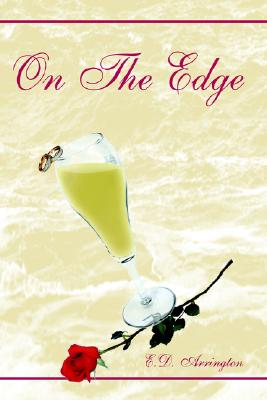 On The Edge
by E. D. Arrington

Book Description:
Secrets lurked amongst the small intimate group of family and friends - secrets they hoped and prayed would never be revealed. But when Jackson Pryce is murdered in the wee hours on that frosty Christmas morning, the secret he kept about his investigation of the underground world emerges. Then Jackson’s handwritten notes fall into the hands of Detective Clay Stephens, his friend and former partner. Determined to find Jackson’s murderer - no matter where or to whom the road leads - one by one, Clay shines a light on all of their secrets. Yet, only one secret would bring all of their fragile worlds crumbling down. Only one secret would wreak havoc over all of their lives. Only one secret would keep them all living on the edge. In time, only one secret would break through for all to see. It was destined to happen.the question is when, where and how? Would it be Bridgette’s decision to keep secret the large sums of money she had quietly withdrawn from her personal bank account, or that she sneaked off the Estate to spend an evening with the one friend her husband so desperately tried to keep away from his pregnant wife? Would it be David’s and Agnes’s decision to keep the question of their daughter’s paternity a secret, or that Jackson, the man Bridgette knew as Uncle Jack and loved like a father, had shared much more with her mother than just a close friendship? Would it be Jeremy’s decision to keep hidden the sordid secret of his mother, Diana Robinson (alias Sara White) by claiming his parents were dead, or his night of lust and passion with his ex-lover, Fran McKenzie? Would it be Megan’s decision to keep hushed that she squandered away hundred of thousands of dollars from her trust fund in the casinos, or waiting too late to disclose her relationship with another man - Reginald Douglas?

More books like On The Edge may be found by selecting the categories below: