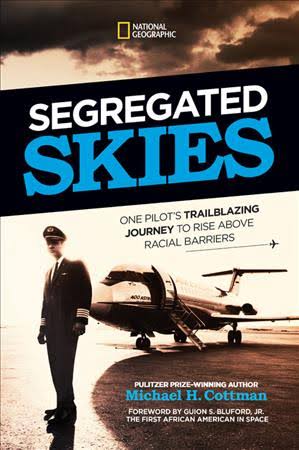 It was 1964 and black men didn't fly commercial jets. But David Harris was about to change that ...

After years of flying B-52 bombers in the United States Air Force, David Harris applied to be a pilot for commercial airliners, an opportunity no other African American before him---not even the famed Tuskegee Airmen---had ever been afforded. After receiving rejection after rejection, he finally signed on with American Airlines in 1964. But this success was just the beginning of another uphill battle for equal treatment.

It was the height of the civil rights movement, a time of massive protests as people struggled to end racial segregation and give Black people equal rights. As a light-skinned, light-eyed Black man, David was told by many people he could have "passed" for white. But he didn't do that. Instead, he made the bold decision to disclose his race to his employers and fellow airmen. He had experienced discrimination throughout his life, but this was different. He now carried the pride of his family and the hopes of future Black aviators on his shoulders.

This gripping narrative, perfect for middle grade readers and Black History Month, follows Harris's turbulent path to become the first African-American commercial airline pilot in the U.S., presented against the backdrop of racial tensions, protests, and the landmark civil rights legislation of the 1960s. It's the story of a man who fought social injustice the only way he knew how---by succeeding.

More books like Segregated Skies: David Harris’s Trailblazing Journey to Rise Above Racial Barriers may be found by selecting the categories below: