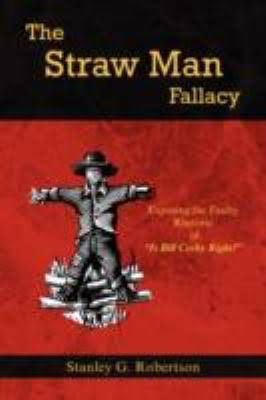 Book Description:
Nearly four years after Bill Cosby’s infamous Board of Education speech, it still touches a nerve; and rightfully so, because the issues facing the Black community are complex and numerous. Many authors have analyzed the speech; including Michael Eric Dyson in his book Is Bill Cosby Right? Or Has The Black Middle Class Lost It’s Mind? In his book, Dyson states that he wants to "unpack those issues with the clarity and complexity they demand." But his attempt at clarity is as clear as mud. When it comes to logic, Dyson’s arguments are riddled with problems. The Straw Man Fallacy is a literary critique that analyzes and exposes the faulty logic of Is Bill Cosby Right?

Tell us what do you think about The Straw Man Fallacy: Exposing the Faulty Rhetoric Of, Is Bill Cosby Right?.