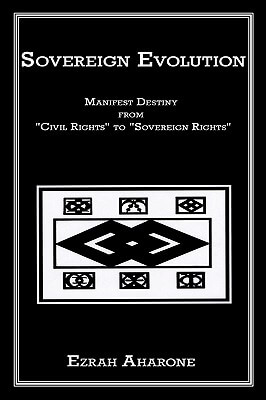 Paperback Description:
From emancipation to segregation to integration, African Americans exist today by virtue of a continuum of political evolutions, each of which is built upon prior legacies and achievements. In advancing our political progression, Sovereign Evolution re-declares freedom and equality in 21st-century terms, using sovereign principles and standards. Whether the issue concerns Katrina and Jena, or being underrepresented in Congress and overrepresented in penitentiaries, the common thread as Ezrah Aharone demonstrates, is that African Americans are an Un-Sovereign People, who pay varying degrees of Un-Sovereign Consequences. Thus, in a very methodical manner, he circumscribes sovereignty in a universal and historical context that confers African Americans with just as much integrity and authority as any other people to espouse and employ sovereign aspirations. The ideological framework herein self-applies and legitimizes the concept of sovereignty in ways that no other work has succinctly captured in politically-relatable terms, specific for African Americans. Realizing that not all African Americans will embrace sovereign values, Aharone uniquely specifies how a Sovereign Evolution can mutually advance the best interests of us all, without conflict or compromise to core beliefs of anyone. Accordingly, the book sets a platform to infuse sovereign discourse into mainstream domains that reach from street corners of "the hoods," to Black universities, to church congregations, to the halls of Congress. The advent of President Barack Obama indicates a necessary and long-awaited political shift in time and history, which also conveys veiled implications of our sovereign potentials as a people. What once seemed politically improbable has proven to be politically achievable. Our only political limitations exist within the limits of our vision and courage. To this end, Ezrah Aharone factually sculpts the sociopolitical substance of our historical experience into a sovereign consci

More books like Sovereign Evolution: Manifest Destiny From "Civil Rights" To "Sovereign Rights" may be found by selecting the categories below: