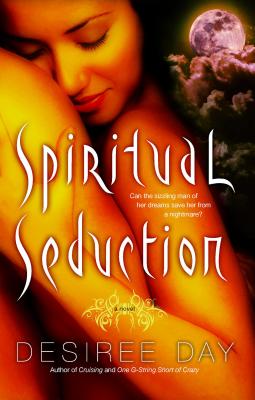 Paperback Description:
From the author of One G-String Short of Crazy, a sexy tale with a paranormal twist puts one unsuspecting woman in the center of a dangerous struggle between her conniving dead husband and her irresistible immortal lover.

Widowed with two small children, Riley Tyson is devastated when her husband, Bradley, is murdered. She doesn’t miss his fiery temper and heartless philandering, though. In fact, now that he’s dead, their relationship is better than ever. Bradley’s spirit sneaks into her bedroom at night, tempting her with gentle, seductive caresses and showering her with the attention he never gave her in life. It seems too crazy to be true. Until he drags her unsuspecting soul into a world so evil even Lucifer won’t go near it. . . .

Enter Malik Davenport, Riley’s boss and longtime friend. At six feet seven, with smooth, almond-colored skin and vibrant blue eyes, Malik rarely goes unnoticed. An ancient warrior prince who specializes in slaying demons, he’s the only man who can save Riley’s life—and the only one whose passionate touch unleashes the sexy vixen inside her.

As Bradley’s ruthless spirit orchestrates a deadly power surge against the living, Malik and his team of paladins prepare for a war of the worlds that has been brewing for ages. If they win, Malik and Riley can be together forever, but if they lose, the fate of humanity hangs in the balance.

More books like Spiritual Seduction may be found by selecting the categories below: