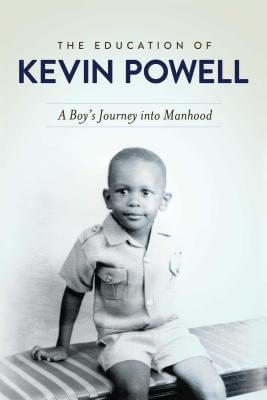 Hardcover Description:
In the spirit of Piri Thomas’s Down These Mean Streets and Maya Angelou’s I Know Why the Caged Bird Sings, this powerful memoir by writer and activist Kevin Powell vividly recounts the horrific poverty of his youth, his struggles to overcome a legacy of anger, violence, and self-hatred, and his journey to be a man and a voice for others.

Driven by his single mother’s dreams for his survival and success, Kevin Powell became the first in his family to attend a university, where he became a student leader keenly aware of widespread social injustice. But the struggle to define himself and break out of poverty continued into adulthood, with traumatic periods of homelessness and despair. As a young star journalist with Vibe magazine, Powell interviewed luminaries such as Tupac Shakur, writing influential chronicles of the evolution of hip-hop from his eyewitness view. Now, with searing honesty, Powell examines his troubled relationships, his appearance on MTV’s first season of The Real World, his battles with alcohol and depression, his two campaigns for Congress, and the uplifting trip to Africa that renewed his sense of personal mission. Finally, Powell embarks on a search for the father he never really knew in a redemptive passage from abandonment to self-discovery.

A striking memoir by a child of post-Civil Rights America, The Education of Kevin Powell gives eloquent testimony to the power of the soul to heal.

More books like The Education of Kevin Powell: A Boy’s Journey into Manhood may be found by selecting the categories below: