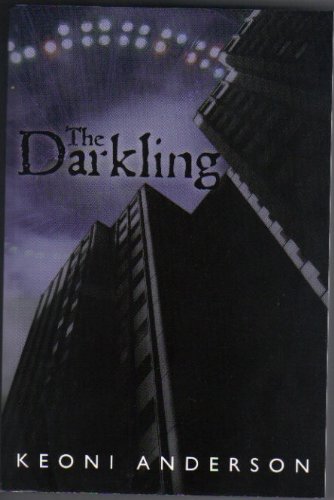 The Darkling
by Keoni Anderson

Read Our Review of The Darkling

Book Description:
The Darkling by Keoni Anderson follows Henry, a San Bernadino, California, high school student who desperately wants to escape the slums and get admitted to a good college. But when he stumbles upon a mysterious key and note in a local park, all bets are off for a normal college life, when the found items lead Henry to Sofa Re and the dark secret hidden in the shelves of Re’s innocuous bookstore. A hidden world of alien conspiracies, creatures, hunted fugitives, and relentless persecutors unfold before Henry, who is pulled into an alien civil war whose seeds were planted on Earth millennium earlier, now coming to life in the form of a conflagration in which Henry is destined to play a key role, changing him, his world, and a galaxy forever. Written in nail-biting prose and filled with compelling characters, author Anderson has created a space epic worthy of the best in the science fiction genre. This is a must read for any sci-fi fan, or anyone who loves a great story well told.