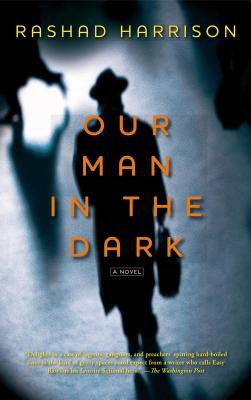 Our Man in the Dark: A Novel
by Rashad Harrison

Book Description:
A suspenseful debut novel based on a real person who worked for a civil rights organization and became an informant for the FBI during the months leading up to the assassination of Dr. Martin Luther King, Jr.

In his stunning noir debut, Rashad Harrison shines a provocative light on the months leading up to the assassination of Dr. Martin Luther King, Jr.

When the FBI approaches John Estem, a bookkeeper for Dr. King’s Southern Christian Leadership Conference (SCLC), they offer him a stipend to work as an informant. But they also issue a warning: they know he stole ten thousand dollars from the organization.

Estem is told he is performing his American duty, protecting the SCLC from communist infiltration. Once the FBI discovers evidence of King’s sexual infidelities, however, they set out to undermine his credibility as a moral leader and bring down the movement. Our Man in the Dark is a timely novel that comes on the heels of numerous recent revelations about informants within black movement organizations. With historical facts at the core of his writing, Harrison uses real life to create a poignant, page-turning drama.

More books like Our Man in the Dark: A Novel may be found by selecting the categories below:

Tell us what do you think about Our Man in the Dark: A Novel.