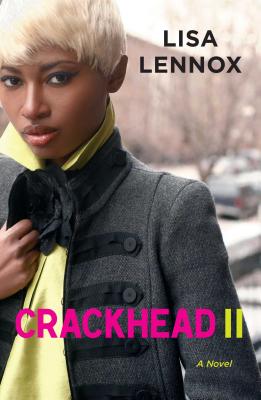 Paperback Description:
In the follow-up to the bestselling urban novel Crackhead a new boss takes over the South Bronx as Laci and Dink try to make a life away from crime.

In Crackhead, the South Bronx Bitches, an infamous drug ring, promoted lies, betrayal, and disloyalty resulting in drama and death. Nobody’s lives were ever the same.

Dink and Laci are adjusting to life as college students at Boston University. But with Laci fighting the demons of her past addiction at the hands of the South Bronx Bitches, and Dink struggling to adapt to the legit life away from his former drug empire, will their pasts keep them from moving forward?

Smurf has taken over the South Bronx in Dink’s absence. When he joins up with the mysterious Dirty, who comes to town with a new product and plans to take over the state, can they avoid the reach of a detective hell bent on solving the mysterious deaths of Dame, Marco, and Crystal? Or will Smurf’s own strained relationship with his mother play a part in the demise of newly acquired empire?

Lisa Lennox delivers in this fast-paced, emotional sequel to her bestselling first novel, Crackhead. With an ending so unexpected, and revenge so cold, fans will be talking about this book for years to come.

More books like Crackhead II: A Novel may be found by selecting the categories below: