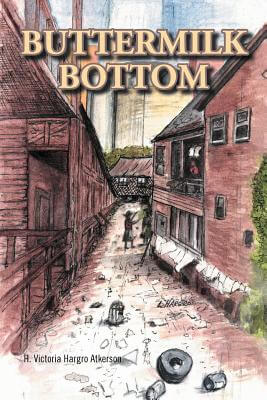 The people…
Every neighborhood produces a busybody, a comedian, a gossip, a blabbermouth, a storyteller and a historian. Everybody knew everybody and everybody knew everybody’s business. One could do little to keep people out of their private affairs; in fact, the concept of privacy was an alien concept to its inhabitants.

They portrayed a spirit of determination and a strong will to survive in spite of fear, harassment, extreme poverty, and torment. They gave each other energy, humor, and courage, which pierced, then awakened their minds and souls, allowing them to endure under the constant pressures.

The events…
The activities on Friday and Saturday nights made this neighborhood legendary. There was always a fight, a shooting or a stabbing that occurred bringing in outsiders to cart away the dead bodies and guilty parties. Outsiders were anyone black or white that did not live within its boundaries.

The most unwelcomed outsider was the police department, which had a very complex yet dependent relationship with the residents. They came when there was a need, and yet they were not welcomed because the residents very often fell victim to their persistent prejudice and abuse.

However, it was a neighborhood with its own set of values, beliefs, and practices that its people often distorted and mutilated, originating out of hate, prejudice, and racism; but those same conditions served as the glue that held its people together.

Its name…
Buttermilk Bottom
Immerse in this remarkable novel born out of author H. Victoria Hargro Atkerson’s fascination with the forbidden neighborhood that had an equally fascinating location and history.

The story, like the characters enclosed in these pages, is sitting in the historically correct backdrop of the struggle for civil and human rights, which unfolded slowly in cities all over America.

Follow the characters’ colorful lives as you browse through the pages of this book.

Books similiar to Buttermilk Bottom may be found in the categories below: