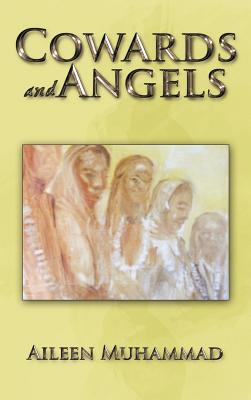 Cowards And Angels
by Aileen Muhammad

Read Our Review of Cowards And Angels

Read an Excerpt from Cowards And Angels

Book Description:
In the early 1930s, young Ace Smart is eight years old when his father, a physician, is found hung in his office, and his mother, a writer in the Harlem Renaissnce, dies soon after. He grows up bitterly, marries, and raises two daughters. This is the story of the spiritual journey of one of his daughters. Evidence of the past and feelings of the famiy emerge as Mia is hospitlized in a mental hospital. Ace’s secret affair with Vanav weaves suspense when Ace discovers that Vanav was his wife’s best friend in childhood. Vanav has only known freedom and has kept the knowledge and science of her people from the island of Sokotra in the Indian Ocean. She is close to Mia and shared her knowledge with Mia’s mother. Ace later finds that his father and grandparents were affiliated with people from that island who settled in Steelton, Pennsylvania, and worked with the underground railroad. Quakers, Muslims, and Jews were involved in the movement. Family ideas about the African American experience are an issue as is the remedy for Mia. The family has ties with the struggle for honor and with an ancient healing that comes from knowledge of the blood or red resin from the dragon tree of Sokotra. Unexpected events occur when Ace finally gets rid of his hostility and Mia fights for her mental and emotional freedom. This story is woven with poetry, in an out of time as its powerful messages leave an important imprint on the heart.

More books like Cowards And Angels may be found by selecting the categories below: