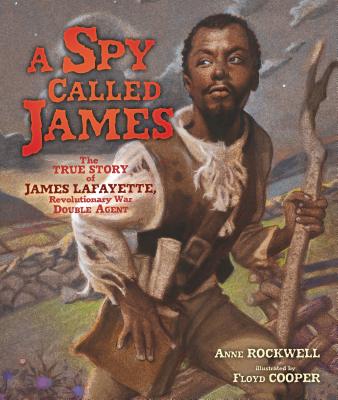 Told for the first time in picture book form is the true story of James Lafayette—a slave who spied for George Washington’s army during the American Revolution.

After his resounding defeat at the battle of Yorktown, British general Charles Cornwallis made a point of touring the American camp, looking for the reason behind his loss. What he didn’t expect to see was James, a runaway slave who had served as a guide to the British army. Or at least that’s what Cornwallis was led to believe. In fact, James wasn’t actually an escaped slave—he was a spy for the American army.

But while America celebrated its newfound freedom, James returned to slavery in Virginia. His service as a spy hadn’t qualified him for the release he’d been hoping for. For James the fight wasn’t over; his next adversary was the Virginia General Assembly. He’d already helped his country gain its freedom, now it was time to win his own.

More books like A Spy Called James: The True Story of James Lafayette, Revolutionary War Double Agent may be found by selecting the categories below: