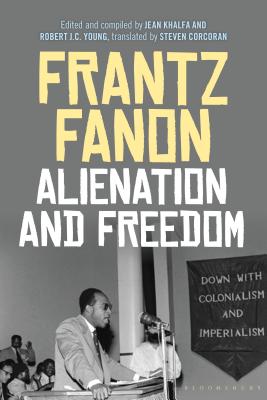 Alienation and Freedom
by Frantz Fanon

Frantz Fanon (1925-1961) was a Martinique-born psychiatrist, philosopher, revolutionary, and writer. He was the author of classic works such as Black Skin, White Masks (1952) and The Wretched of the Earth (1961). He was one of the most significant anti-colonialist, anti-imperialist and anti-racist thinkers of the 20th Century.

Jean Khalfa is a Senior Lecturer in French Studies at Trinity College Cambridge, UK. He is the editor of the first complete edition of Michel Foucault’s History of Madness (2006) and author of Poetics of the Antilles (2016) and an upcoming work on Frantz Fanon’s The Wretched of the Earth.

Steven Corcoran is a writer and translator living in Berlin. He has edited and translated several works by Jacques Ranciere, including Dissensus (2015) and The Lost Thread (2016).

Books similiar to Alienation and Freedom may be found in the categories below: