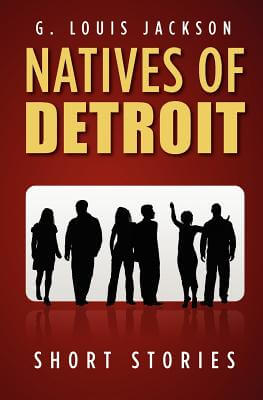 Paperback Description:
When you are far away from home—but live in southeastern Michigan, the population bedrock of the state—and if asked, "Where’re you from?" You’d say, "Detroit." In these five stories there is revealed a "Detroit" outsiders may not know about, or do know, but do not care to acknowledge, because what is exposed hits so close to home, wherever "home" might be…Natives of Detroit are people just like the rest of us, but, in here, between the pages of this work, the natives are restless and are given reign to exorcise their demons. Like the three neighborhood friends (Larry, Cliff and Kevin) in Moral Dilemma—they are forced to answer the question, "Is rape worse than death?" In Pride’s Bouquet, Mrs. Joy Hartley experiences, "firsthand…the odorous condition stubborn pride can bring about." She decides her husband, John, should wear a diaper, because, "there are no ’loincloths’ at any drugstore…or anywhere else for that matter!" And so it goes. In the story, Mountain out of a Molehill, Chris Stiegel takes the growth on his little finger and turns the "wart-thingy" into a mountain. And, whereas Theresa, in the story, Theresa and the Court, is of the opinion that the court leadership can "go to hell," and goes about doing her job in her own way, in order to survive the streets where her job, as a probation officer, ultimately takes place…yet she feels powerless against the cancer growing inside her body. And then there is Jacqui, in the story, Discovery. No longer a victim of bullying, she travels to Peru, in South America, and discovers a bully of her own design.

Books similiar to Natives Of Detroit: Short Stories may be found in the categories below: