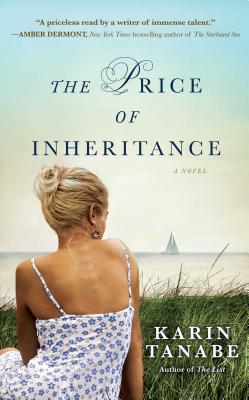 The Price of Inheritance
by Karin Tanabe

In this enthralling new novel from the author of The List (a “smartly paced and dishy debut,” Publishers Weekly, starred review), a young woman working in the high-end art world stumbles upon a rare antique—and an irresistible man with a dark past.

After eight years in the American Furniture department at Christie’s, twenty-nine-year-old Carolyn Everett is a rising star. But one wrong decision and a scandal leaves her unemployed and broken. Desperate to piece her life back together, Carolyn leaves New York City to work in a tiny antique store in Newport, Rhode Island.

One day at a small county auction, she discovers a piece of Middle Eastern pottery, which she purchases for twenty dollars on a hunch. Curiosity sends her on a mission to find its original owner, and she eventually winds up in the town’s United States Navy Base—and in a relationship with notorious womanizer Marine Sergeant Tyler Ford, who claims the relic came to him as a gift from his translator during the early days of the Iraq War. From two different worlds, Tyler and Carolyn become obsessed with the mysterious relic—and each other—until the origin of the art comes under intense scrutiny and reveals a darker side of Tyler’s past. Carolyn still feels like there’s more to the story, but can she risk attaching herself to another scandal—and does she truly know the man she’s fallen in love with?

The Price of Inheritance is a rare find of a novel. Engaging, suspenseful, and full of intrigue, it delves into the elite world of big bucks deals and dangerous black market promises, where one woman must decide whether she’s willing to gamble her greatest asset—her heart.

More books like The Price of Inheritance may be found by selecting the categories below:

Tell us what do you think about The Price of Inheritance.