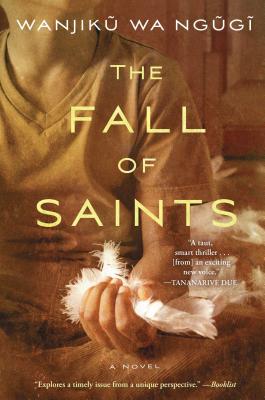 In this “taut, smart international thriller” (Tananarive Due, American Book Award winner), a Kenyan expat finds her American dream marred by child trafficking, scandal, and a problematic past that will force an end to her life of privilege.

Mugure and Zack seem to have the picture-perfect family: a young, healthy son, a beautiful home in Riverdale, New York, and a bright future. But one night, as Mugure is rummaging through an old drawer, she comes across a piece of paper with a note scrawled on it—a note that calls into question everything she’s ever believed about her husband…

A wandering curiosity may have gotten the best of Mugure this time as she heads down a dangerous road that takes her back to Kenya, where new discoveries threaten to undo her idyllic life. She wonders if she ever really knew the man she married and begins to piece together the signs that were there since the beginning. Who was that suspicious man who trailed Zack and Mugure on their first date at a New York nightclub? What about the closing of the agency that facilitated the adoption of their son?

Through a striking, beautifully rendered story, The Fall of Saints tackles realistic political and ethical issues head-on. This “fast-paced and urgent read that forces us to consider one of the worst human rights violations of our time” (asha bandele, author of The Prisoner’s Wife) will tug at your heart and keep it racing until the end.

Books similiar to Fall of Saints may be found in the categories below: