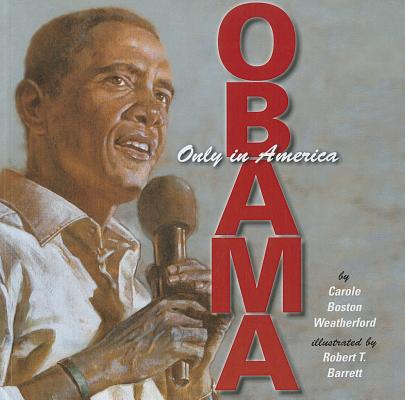 Obama: Only in America
by Carole Boston Weatherford

Book Description:
From his childhood in Indonesia to his teenage years in Hawaii, from his father’s homeland of Kenya to the halls of Harvard Law School and, later, the South Side of Chicago, Barack Obama searched for a place where he belonged. His search led him to the White House, where, as president, he would fight for "the god-given promise that all are equal, all are free, and all deserve a chance to pursue their full measure of happiness." In elegant, cadenced language, award-winning author Carole Boston Weatherford provides a biographical tribute to a citizen of the world who journeyed from "Barry" to "Barack" to "Mr. President" as he found, finally, the place where he belongs. Primary source quotes from speeches are included throughout.

More books like Obama: Only in America may be found by selecting the categories below:

Tell us what do you think about Obama: Only in America.