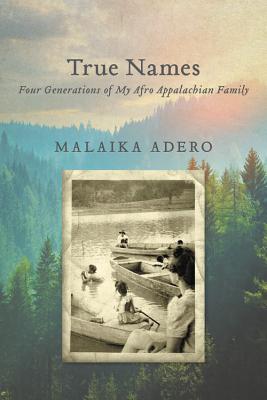 Book Description:
African Americans in Southern Appalachia faced a particularly rural kind of oppression, no matter what names they were called-black, Melungeon or mulatto. True Names: Four Generations of My Afro Appalachian Family tells the story of four generations of Black people, burdened by the absurdities of race, who created a rich, triumphant family culture in Knoxville, Tennessee.
African Americans are particularly challenged when they attempt to know the history of their families. Facts of their ancestors’ lives are often lost in time and rarely recorded. True Names brings together the evidence of the African American presence in Appalachia from the time Africans and Europeans first arrived in the region centuries ago.
This well-researched narrative of two families coming together in their process of emancipation from the end of Slavery to the Black Power movement is based on oral histories, government records and family documents. Set in East Tennessee, it reaches far beyond, to other places—South, North and Midwest. In personal and political terms, it reveals the impact of the Great Migration on individuals who chose to remain in the South. Their story is that they survived and thrived by maintaining family culture and values across distance and time.
True Names reveals this sustaining family culture, an untold part of the history of rural America, recently popularized in such books as Hillbilly Elegy and The Glass Castle.
Sgt. Grundy Crump, who served in the Civil War, begins the story; it continues with the author’s mother, who successfully battled for a place for herself and her five children to thrive in the turbulent 1960s; and it concludes with the author’s affirmation of her own identity and the right to her own true name.

More books like True Names: Four Generations of My Afro Appalachian Family may be found by selecting the categories below:

Tell us what do you think about True Names: Four Generations of My Afro Appalachian Family.