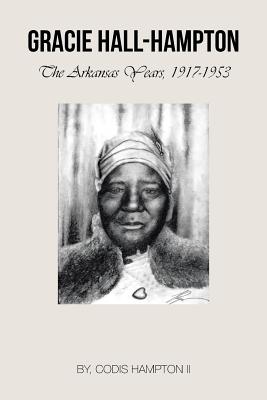 Gracie Hall-Hampton is a great work and a tribute to the Hall and Hampton families as written by Gracie*s grandson, Codis Hampton II. The story starts in the small town of Banks Arkansas in 1917 and offers a glimpse into the lives of a growing African American family in the rural south. Codis holds the reader captive with vivid details of tragedy, bigotry, racism and triumph. We go along for the ride as children are born, grow, marry and leave home. We are also privy to the historical significance of the Jim Crow South and how African Americans dealt with the abuse suffered because of their skin color.

The book should be included in the public school system curriculum for grades seven and up based upon the two-fold nature of the content, which is biographical and historical in context. The fact that these families formed a strong union through hard work, perseverance and respect for one another needs to be shared with today*s youth. Gracie Hall-Hampton is the pivotal figure in the story. She is the glue that holds the family together and is representative of the many strong Black women during her time. She is widowed at a young age and must raise her children alone. She uses her wits and good common sense along with a strong sense of determination to successfully complete this task. Chapter 7 begins to focus on national historical events that lead up to World War 2 and Race riots throughout the United States (with an emphasis on the author*s birth state of Arkansas). The statistical data is informative and gives the reader a perspective on life in the U.S. during the time frame of 1917 through 1953. The book is a wonderful read and I eagerly anticipate the next work from this author.—June D. Burgess

More books like Gracie Hall-Hampton, the Arkansas Years, 1917-1953 may be found by selecting the categories below: