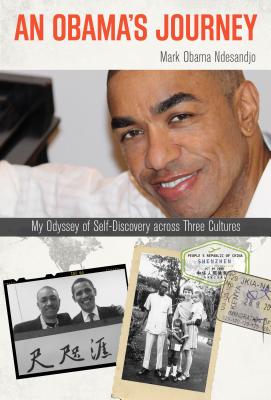 An Obama’s Journey: My Odyssey Of Self-Discovery Across Three Cultures
by Mark Obama Ndesandjo

Read Our Review of An Obama’s Journey: My Odyssey Of Self-Discovery Across Three Cultures

Book Description:
In this revealing and beautifully written memoir, Mark Obama Ndesandjo, recounts his complex relationship with his older half-brother, President Barack Obama, including their first meeting in Kenya over twenty years ago. The book also offers the author’s inspiring personal story about identity and multiculturalism. Rare family photos add to the book’s personal nature as does the intense recounting of domestic violence in the home of Barack Obama Sr.’s and his third wife, Ruth Baker, Mark’s Jewish-American mother.
The book also attempts to set the records straight on several points of the president’s best-selling memoir Dreams from My Father. In its connection to President Obama, Mark’s story takes on an even greater significance because it becomes all the more directly, a story of American identity and a window into the complex figure of the father they share, Barack Obama Sr., their roots in Kenya, their multicultural identities, and their relationships with America.

More books like An Obama’s Journey: My Odyssey Of Self-Discovery Across Three Cultures may be found by selecting the categories below: