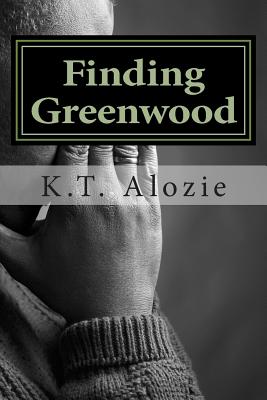 Paperback Description:
Winner of Honorable Mention in the 2009 Organization of Black Screenwriters Original Script Contest. Story Hank Gilliam is a white Tulsa news writer in his 40’s working for a local paper during the 1970’s. Tulsa, Oklahoma - and the country at large - is in the midst of major social change and Hank undergoes a mid-life crisis as he struggles to determine his new place in the world. His all-white suburban neighborhood is thrown for a loop when a black family moves next door to him. After the paper he works for is taken over by new management, his job is threatened unless he can come up with a provocative story. Almost on a dare, he decides to write about the Tulsa Race Riots, a tragic event which occurred over fifty years prior that resulted in the destruction of the Greenwood community of Tulsa - later known as "The Black Wall Street". He suspects a cover-up due to his inability to find much evidence that even confirms that the Riot occurred. Hank almost gives up on his investigation until he is contacted by a survivor who gives an eyewitness account of the events leading up to the Riots as well as the riot itself. In the process, he riles up his suburban community who largely wants this event buried in Tulsa history and discovers long-buried vile secrets about those he admires. Why this story is important On May 31, 1921 the Greenwood District in Tulsa, Oklahoma was one of a number of prosperous districts in the country that would be destroyed as a result of racial conflict. Less than 16 hours later, the Tulsa Riots would leave around 10,000 blacks homeless, and 35 city blocks made up of 1,256 residences destroyed by fire. The official count of the dead by the Oklahoma Department of Vital Statistics was 39, but other estimates of black fatalities have been up to about 300. After the Riots, the city of Tulsa suppressed knowledge about the event. It was not taught in schools and even many Tulsa residents are unfamiliar with the Tulsa Riots. It was not until decades later, when the survivors fought for reparations, that the Riots became a part of popular discussion.

More books like Finding Greenwood may be found by selecting the categories below: