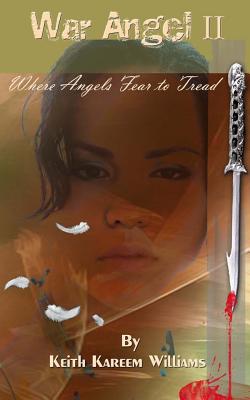 Paperback Description:
After leaving behind a trail of blood and bodies in their wake, Lenox and Jahaira try to move on with their lives, far removed from the treachery that they barely escaped. Seeking some semblance of peace, they relocate to a new home far outside of the gritty streets of the city but dark forces follow them to their secluded sanctuary. Jahaira’s sinister family members salivate at the thought of exacting terrible vengeance on the couple and their unborn child. There aren’t many people left that they can trust. Will the young lovers be able to save themselves from the malevolent forces that are coming for them? Is their secret home safe enough and will they survive this time, especially with the monsters inside the walls with them?

More books like War Angel II: Where Angels Fear to Tread may be found by selecting the categories below: