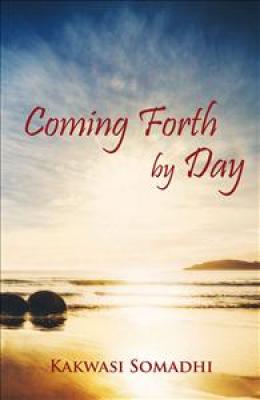 Read an Excerpt from Coming Forth by Day

Coming Forth by Day is a sweeping story of love, dangerous secrets, social upheaval, and transformation during the sixties and seventies. The protagonist, Loretha Mae Emmitt, after discovering she’s the victim of deadly medical abuse, finds the courage to become an outspoken advocate for health care and patients’ rights. Her actions inspire others to join her, including her troubled revolutionary lover and including the son of the physician who abuses her.

Loretha joins Dr. Bernard’s medical research thinking it will make her well, attractive, and desirable, that it will be her ticket to freedom. She realizes that she’s gambling, perhaps with her life, but after all, he assures her there is little danger. He wouldn’t lie, would he? Should she tell anyone? Who? "It’s better not to talk about it, he tells her. You’ll be asked questions you can’t answer." Thus, she keeps it to herself for as long as she can and enjoys her silence. Secrets can be powerful.

Solly leaves Loretha alone again, this time for over a month. He knows she’ll think he’s cheating on her with another woman. Not so, but he can’t tell her the truth. It’s just that he must get Marcus out of the country, and fast. He can’t tell Professor Howard either, even though not knowing Marcus’s whereabouts is driving her crazy. Telling the women is unwise. They might slip and let the secret out, and that would be dangerous for Marcus and for him. Solly needs to tell someone just to get the weight off his back, but who can he trust? What’s a revolutionary supposed to do? Secrets can keep a man locked down.

When Clay Bernard Jr., CJ, figures out how dangerous his father’s research has been, he leaves his position at the General under a cloud of disgrace. He looks for Loretha and offers to help her. But then he unearths more bad news about his father. CJ doesn’t know what to do, so he settles on keeping his own secrets, even after Loretha calls him out. "Why do you hate your daddy?" She asks him. Secrets can poison a man’s heart.

Loretha, Solly, and CJ travel to a rustic town in Mexico to have fun, relax, get away from the heavy troubles of their lives, and forget their secrets, if only for a three-day festival. They bring others with them: Professor Howard, Roy, Dolores, and a child, Malakia. But the unexpected happens. The pastoral beauty of the town and the myth surrounding it bring these travelers closer together. On the beach under a full moon, they tell each other things they never thought they’d say. And by the time morning arrives, they feel freer than they’ve ever felt before.

Books similiar to Coming Forth by Day may be found in the categories below: