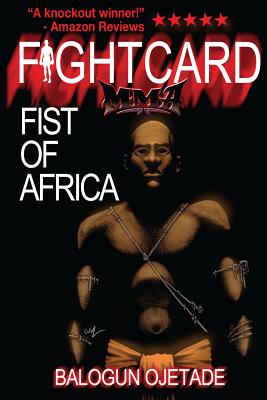 Book Description:
Nigeria 2004 … Nicholas ’New Breed’ Steed, a tough teen from the mean streets of Chicago, is sent to his mother’s homeland a tiny village in Nigeria to avoid trouble with the law. Unknown to Nick, the tiny village is actually a compound where some of the best fighters in the world are trained. Nick is teased, bullied and subjected to torturous training in a culture so very different from the world where he grew up. Atlanta 2014 … After a decade of training in Nigeria, a tragedy brings Nick back to America. Believing the disaffected youth in his home town sorely need the same self-discipline and strength of character training in the African martial arts gave him, Nick opens an Academy. While the kids are disinterested in the fighting style of the cultural heritage Nick offers, they are enamored with mixed martial arts. Nick decides to enter the world of mixed martial arts to make the world aware of the effectiveness and efficiency of the martial arts of Africa. Pursuing a professional career in MMA, Nick moves to Atlanta, Georgia, where he runs into his old nemesis Rico Stokes, the organized crime boss who once employed Nick’s father, wants Nick to replace his father in the Stokes’ protection racket. Will New Breed Steed claim the Light Heavyweight title Or will the streets of Atlanta claim him?

More books like Fist of Africa (FIGHT CARD MMA) may be found by selecting the categories below: