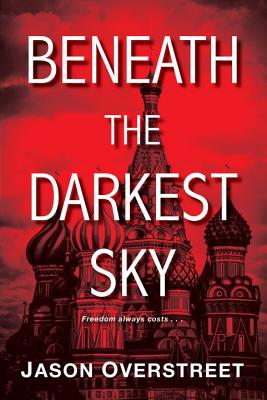 Beneath the Darkest Sky
by Jason Overstreet

Hardcover Description:
In this riveting and emotionally powerful historical drama, an ex-FBI agent plunges into the darkest shadows of 1930s Europe, where everything he loves is on the line . . .

International consultant Prescott Sweet’s mission is to bring justice to countries suffering from America’s imperialistic interventions. With his outspoken artist wife, Loretta, and their two children, he lives a life of equality and continental elegance amid Europe’s glittering capitals—beyond anything he ever dared hope for.

But he is still a man in hiding, from his past with the Bureau, from British Intelligence—and from his own tempting, dangerous skill at high-level espionage. So when he has the opportunity to live in Moscow and work at the American Embassy, Prescott and his family seize the chance to take refuge and at last put down roots in what they believe is a fair society.

Life in Russia, however, proves to be a beautiful lie. Reduced to bare survival, with his son gravely ill, Prescott calls on all his skills in a last-ditch effort to free his family from the grips of Stalin. But between honor and expediency, salvation and atrocity, he’ll be forced to play an ever more merciless hand and commit unimaginable acts for a future that promises nowhere to run . . .

More books like Beneath the Darkest Sky may be found by selecting the categories below: