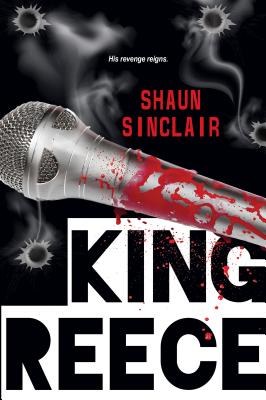 Paperback Description:
They led the Dirty South’s most infamous crew. One became a rap superstar. One ruled the streets. But when the king comes back hard for his throne, who will be left standing?

Life couldn’t get better for the Crescent Crew. With an exclusive Mexican pipeline, they’ve got the Southern drug trade on lock. Former founder Qwess is leveraging rap superstardom to break the music industry’s commercial stranglehold. And former leader Reece is fresh off a five-year prison bid-and out to forever secure the Crew’s dominance. But as Reece is working a brutal vendetta, a Crew mutiny will drag him back into all-out street war. Now, between the ambitious young Crew and ruthless OG Reece, only one can live to reign …

Praise for The Crescent Crew Series

"Shaun Sinclair taps into the new code and DNA of black and urban life in America, where there’s one foot in the rap game and another foot still out in the mean and hungry streets of capitalism." -Omar Tyree, New York Times bestselling author and creator of The American Disease ebook series

"A bone-chilling tale that will keep the readers longing for more, while revaluating every choice they make." -NeNe Capri, author of The G Street Chronicles

More books like King Reece may be found by selecting the categories below: