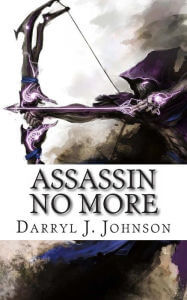 Book Description:
His name is Quillan or “Clan Lost” as his clan mates called him. From the beginning he knew that he was different. He was faster and had better endurance. He was better with weapons and his hands. He was also better at solving problems. But Quillan isn’t a full clan member. He had been bought in a market by the Quirrin Master and eventually adopted. By eighteen years of age Quillan had learned and passed all tests to become a clan warrior. Even passing tests that most masters could not his only equal is the Quirrin Master. Other people call them assassins, but Quillan’s clan only killed to protect the themselves. Or so he thought

More books like Assassin No More may be found by selecting the categories below: